There has been much anticipation around the launch of Spotify in India. On the day Spotify went live, Truecaller ensured exclusive mind space for the music streaming company among its massive audience of smartphone users. 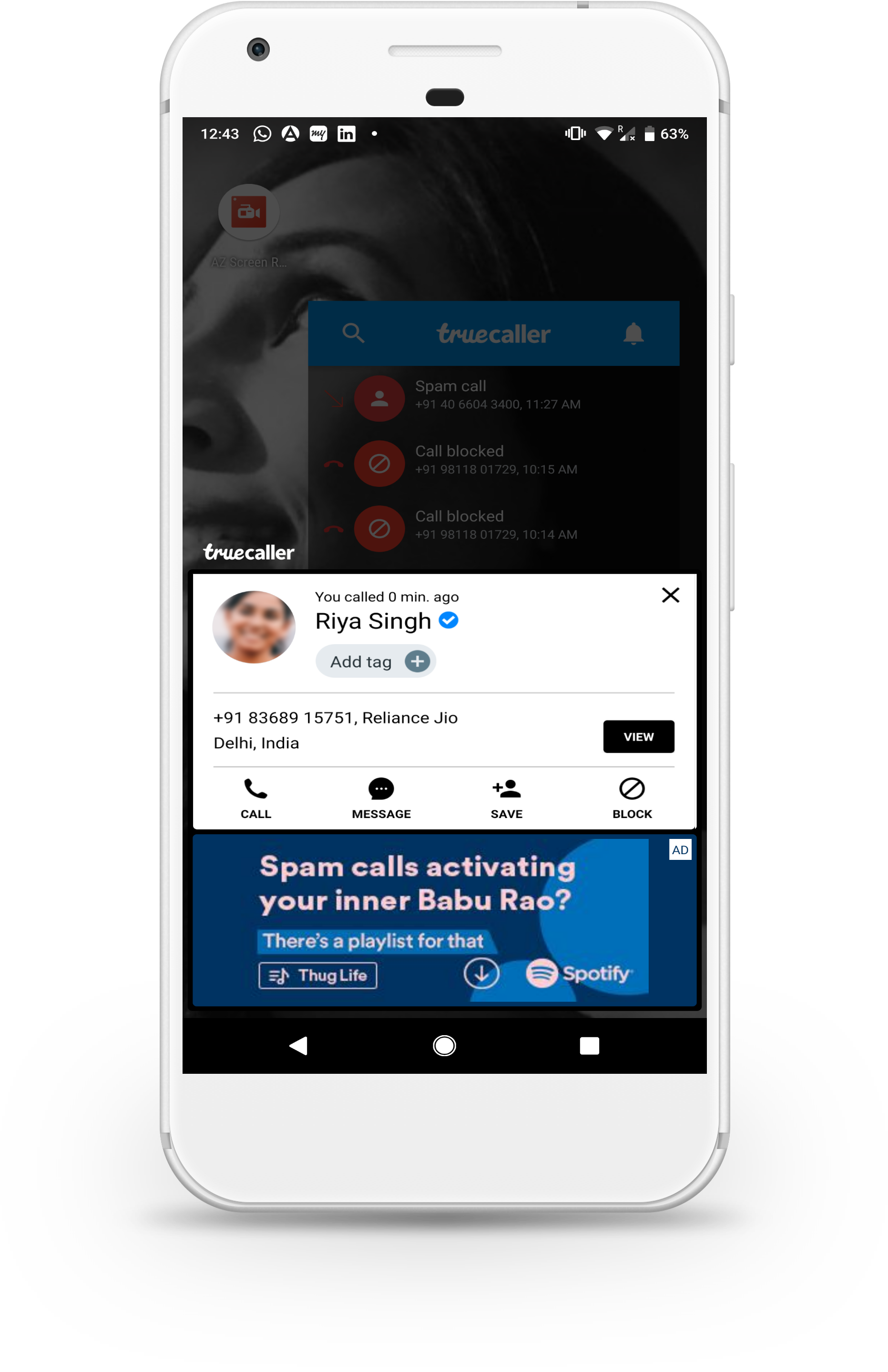 A full Truecaller Roadblock was designed to deliver maximum reach and TOM with Spotify’s creative messaging, driving user engagement. As a result, Spotify got 100% share of voice on Truecaller, through its base of 100M daily active users. The contextual ads led to greater curiosity among users and saw a 30% increase in ad engagement as compared to campaigns run by other brands.

“Being recent entrants to Indian music streaming landscape, partnering with fellow Swedish app Truecaller has truly accelerated our launch campaign in India. We decided to leverage the platform with a series of contextual ads that were amplified by Truecaller, and delivered a staggering 600 million impressions in a day, with a unique reach of 60 million users. It helped us gain scale and connect with potential 130k customers who clicked on the ad. We look forward to more such collaborations that help broaden our user base.”